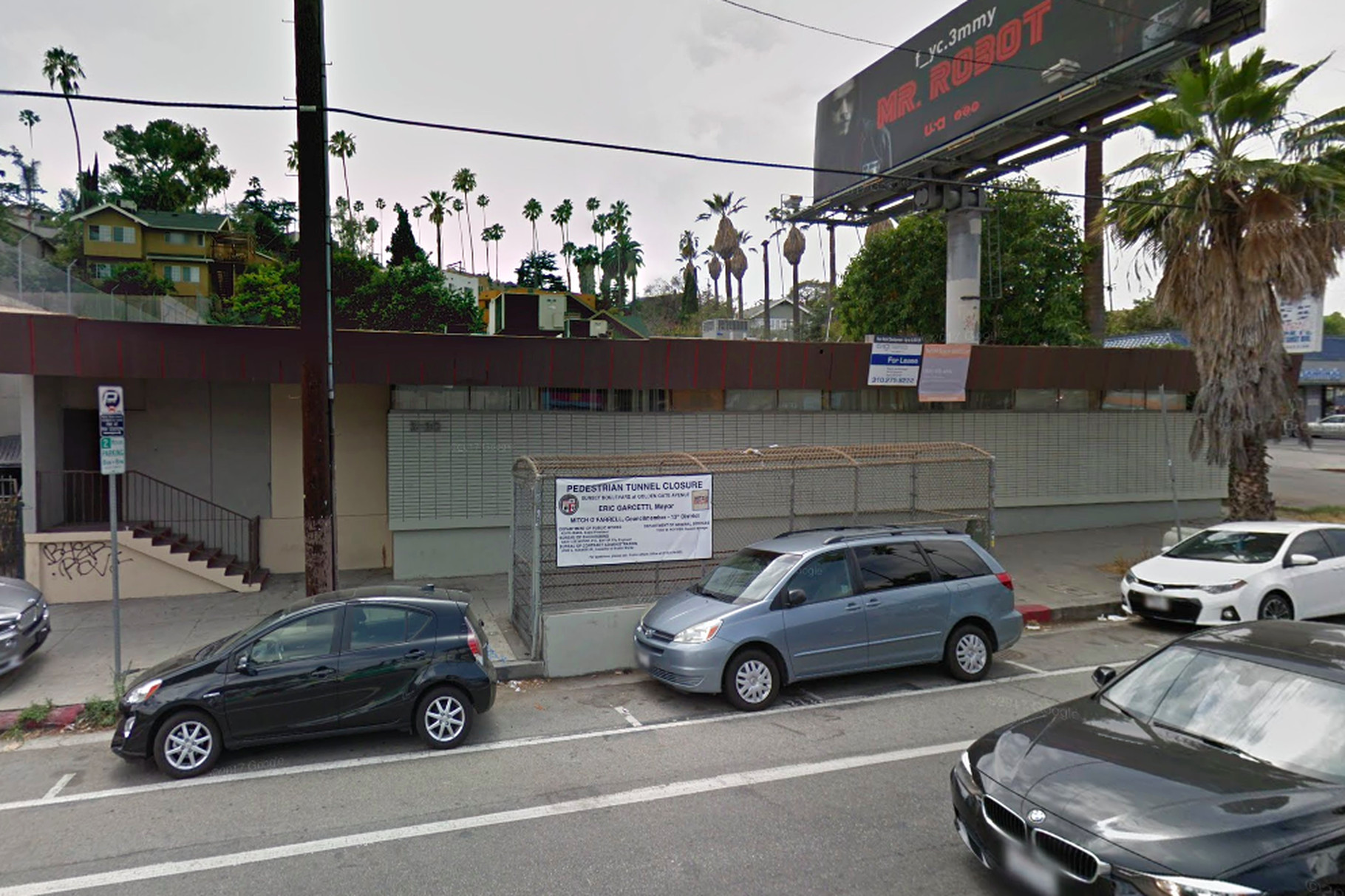 A Silver Lake building that’s served as an church and offices is poised to reopen as retail and restaurant space, Eastsider LA reports.

The project is on Sunset Boulevard, right next to the strip mall that houses Trois Familia. Permits filed with the city’s building and safety department say the project will hold four retail spaces and one restaurant spot.

The property, rechristened Sunset Gateway by the team marketing it, is billed as “blend[ing] the advantages of a newly developed retail center with the quaintness of Silver Lake.” It is also described as having “one of the best parking lots on Sunset Boulevard.”

A brochure for the project indicates that Engine Real Estate is working on the project. The company has done a number of high-end renovations on older buildings, including the Frank’s Camera building in Highland Park and apartment buildings in Koreatown, Echo Park, and East Hollywood.

This retail project at Golden Gate Avenue and Sunset would share the block with an under-construction, 31-unit condo project called Vica, which will have 3,000 square feet of street-level commercial space (likely a restaurant or cafe, says a project rep).

The condos sit alongside the long public staircase on the south side of the Sunset and Micheltorena. Vica is scheduled to open in 2019.